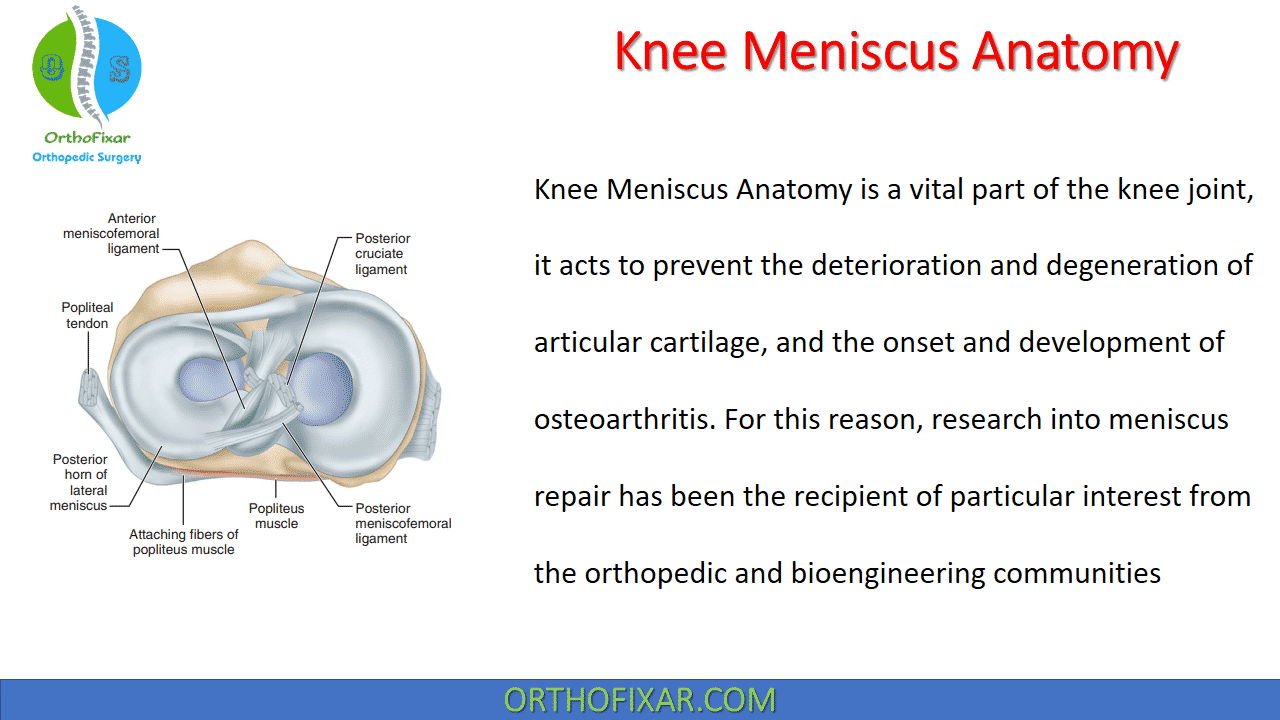 As a vital part of the joint, it acts to prevent the deterioration and degeneration of articular cartilage, and the onset and development of osteoarthritis. For this reason, research into meniscus repair has been the recipient of particular interest from the orthopedic and bioengineering communities

The main blood supply to the meniscus of the knee comes from:

There are three vascular zones of the Knee Meniscus:

The menisci follow the tibial condyles during flexion and extension, but during rotation they follow the femur and move on the tibia.


Previous Rotator Cuff of the Shoulder

Rotator Cuff of the Shoulder