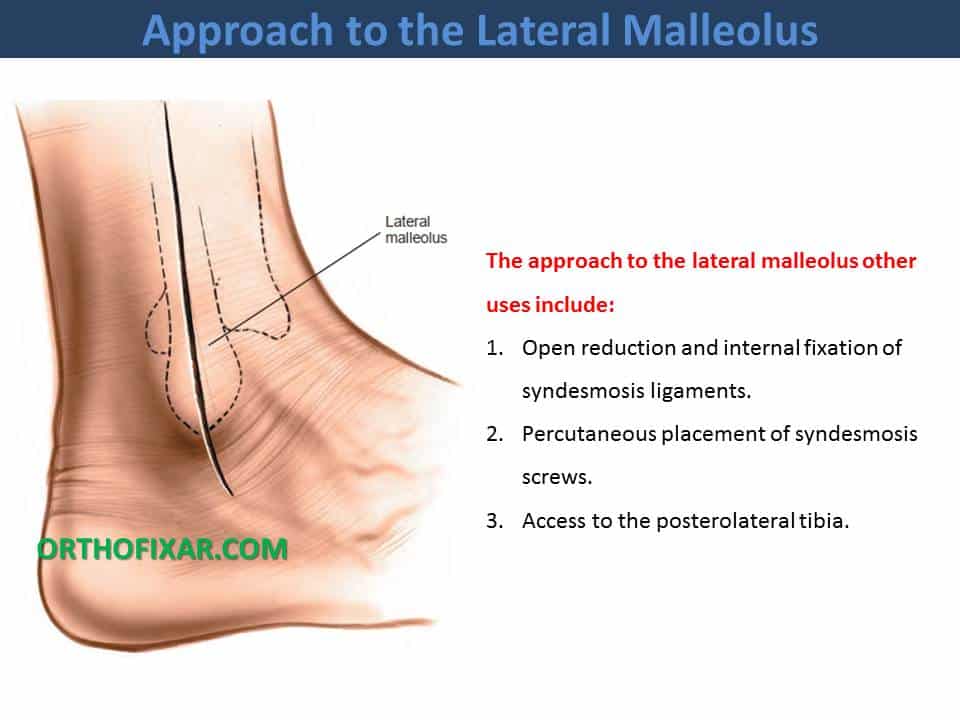 The other uses of Lateral Malleolus Approach include:

Place the patient supine on the operating table with a sandbag under the buttock of the affected limb. The sandbag causes the limb to rotate medially, bringing the lateral malleolus forward and making it easier to reach

The Lateral Malleolus Approach may be extended distally to become continuous with:

The structures at risk during the Lateral Malleolus Approach include:

The anterolateral approach to ankle joint is used to open reduction and internal fixation of pilon fractures, open…

The anterior approach to Ankle Joint provides excellent exposure of the ankle joint for arthrodesis.

The Anteromedial Approach to Ankle Joint is used for open reduction and internal fixation of medial malleolus fractures,…