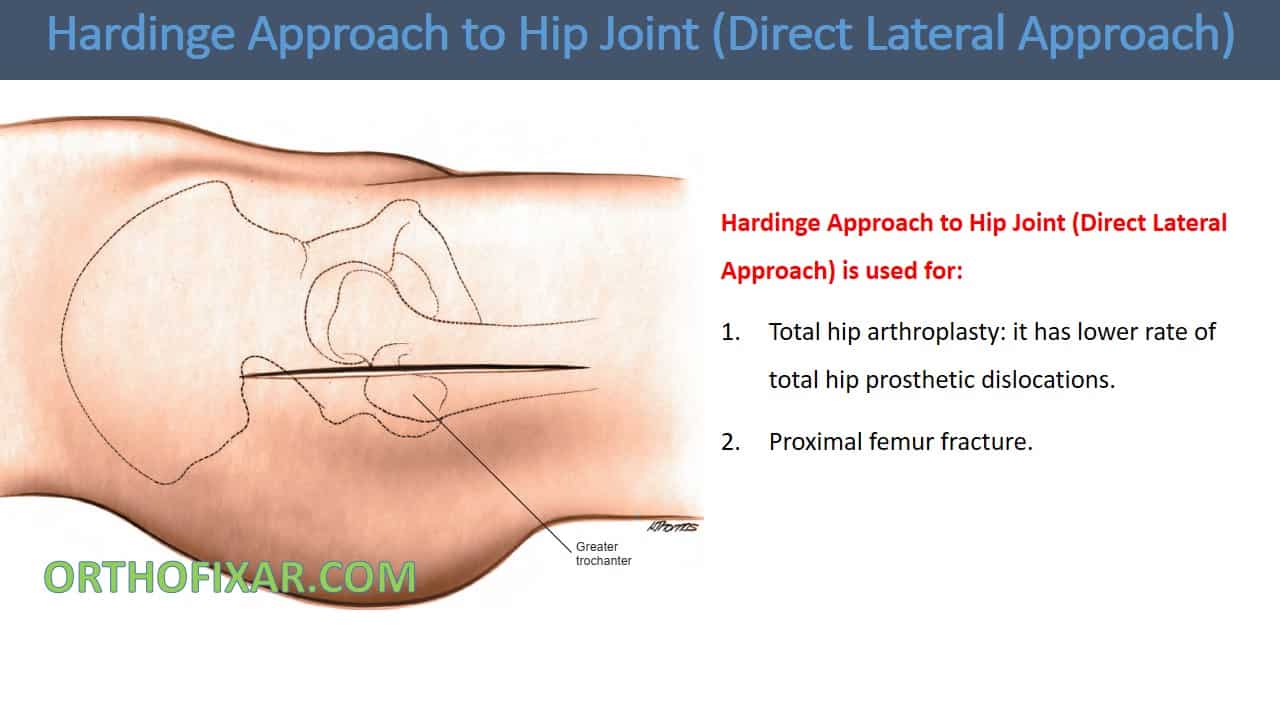 There is no true internervous plane for Hardinge approach to hip joint (direct lateral approach).

The structures at risk during hardinge approach to hip joint (direct lateral approach) include: