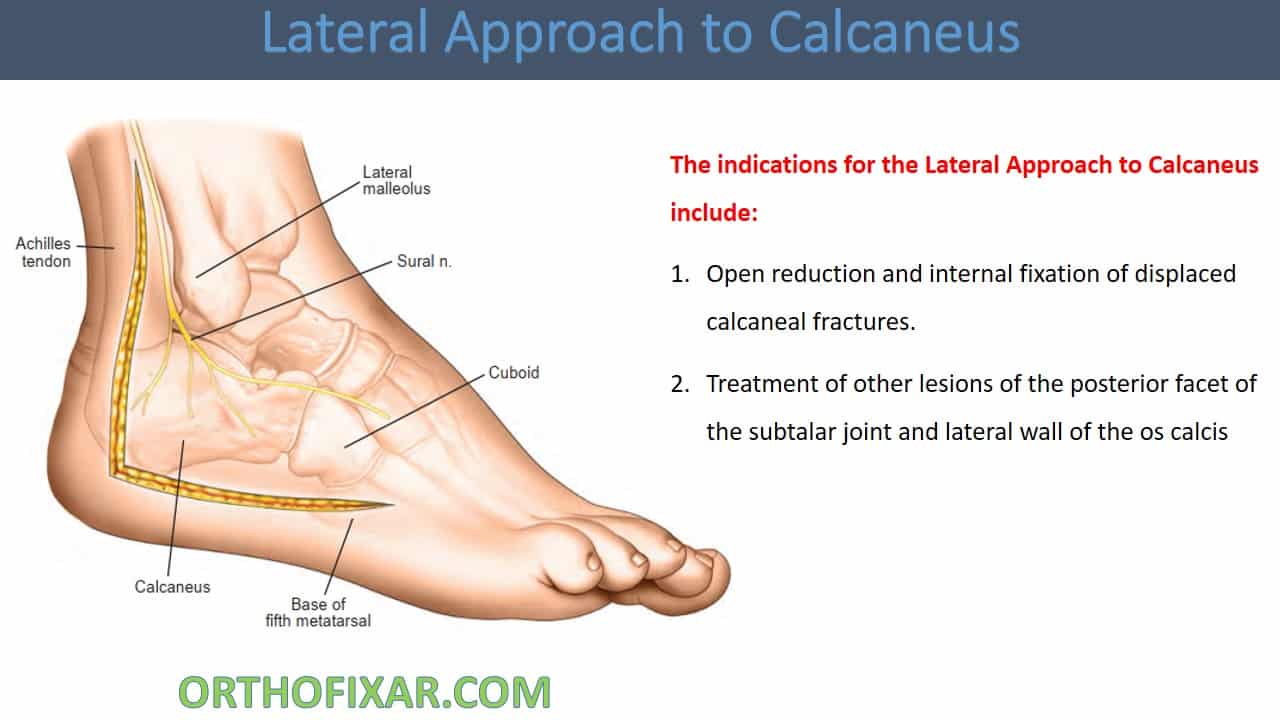 The Lateral Approach to Calcaneus is mainly used for open reduction and internal fixation of the Calcaneal fracture.

The indications for the the Lateral Approach to Calcaneus include the following:

Diabetes, especially with associated neuropathy and smoking, are relative contraindications to this surgery approach.

The structures at risk during the Lateral Approach to Calcaneus include:

Dissecting the skin flaps in this area, which has always been severely traumatized, is associated with a significant incidence of wound breakdown. Accurate assessment of the patient’s preoperative vascular status is critical. Most surgery in this area has to be delayed for a significant period of time to allow soft-tissue swelling to diminish before surgery commences.

The Lesser Toe MTP Joint Approach which exposes the metatarsophalangeal joints of the second, third, fourth, and fifth…

Ollier Approach to the Tarsus

The Ollier approach is excellent for a triple arthrodesis. The three joints are exposed through a small opening…

U Approach to Calcaneus

U Approach to Calcaneus is used for open reduction and internal fixation of Calcaneus fracture.

The Medial Approach to Calcaneus is mainly used for open reduction and internal fixation of calcaneus fractures.