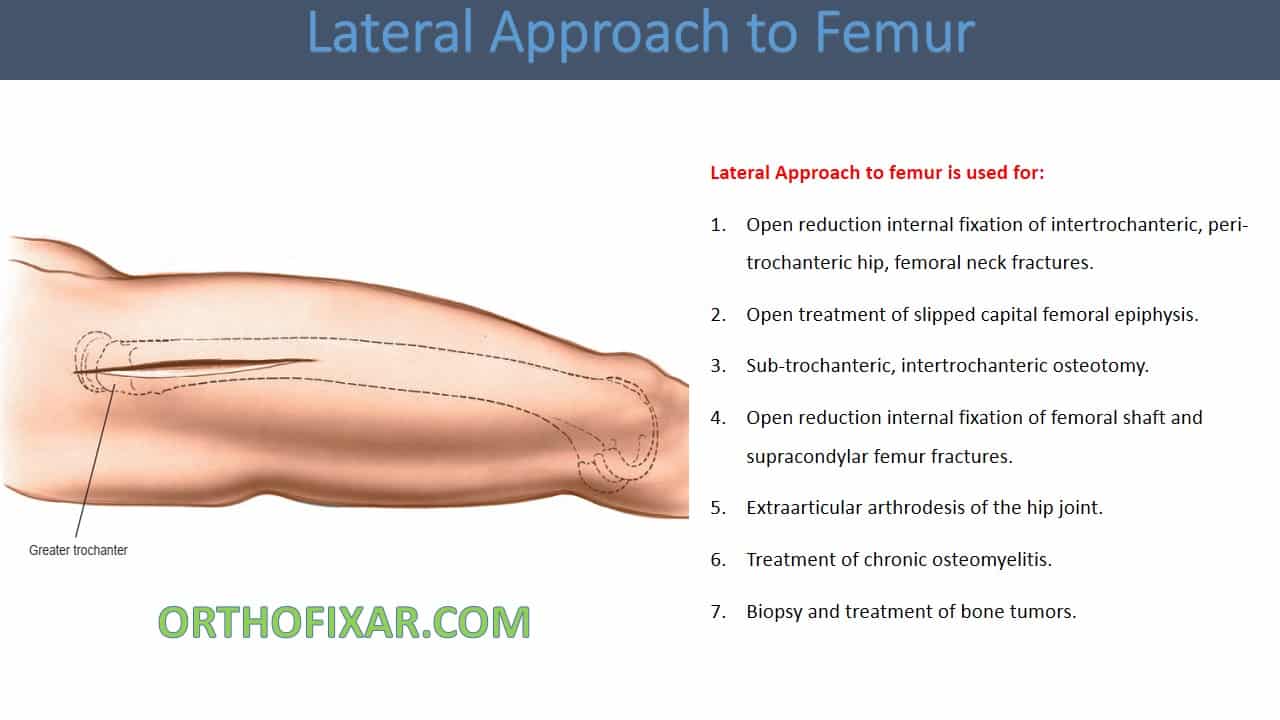 Lateral Approach to femur is an extremely quick and easy approach, it involves splitting the vastus lateralis muscle.

Lateral Approach to femur is used for:

The subsequent blood loss that results from the rupture of vessels during this procedure may make surgery awkward, but rarely is life-threatening.

The structures at risk during the lateral approach to femur includes:

The posterior approach to femur involves dissection of the posterior compartment of the thigh.

The posterolateral approach to femur can expose the entire length of the femur.