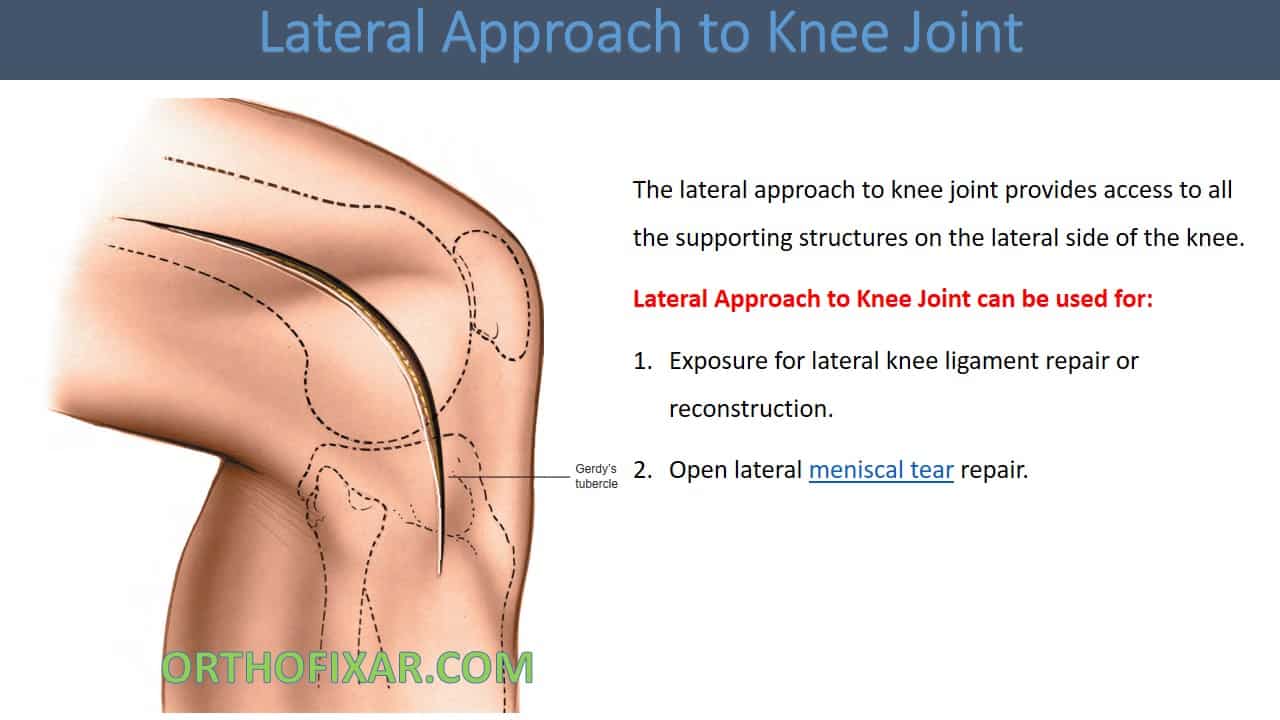 The lateral approach to knee joint provides access to all the supporting structures on the lateral side of the knee.

Lateral Approach to Knee Joint can be used for:

Internervous in Lateral Approach to Knee Joint lies between:

Although the iliotibial band itself has no nerve supply the plane between it and the biceps femoris can be considered an internervous one because of the band’s muscular origin.

Enter the joint either in front of or behind the superficial lateral ligament.

The structures at risk during Lateral Approach to Knee Joint  include:

The posterior approach to knee joint is neurovascular approach primarily. It's rarely is needed by orthopedic surgeon because the…

The hammer toe deformity is one of the most common deformity of lesser toes of the foot. It’s…

A full understanding of pelvic anatomy is required to treat pelvic fractures, to prevent iatrogenic injuries, and to…