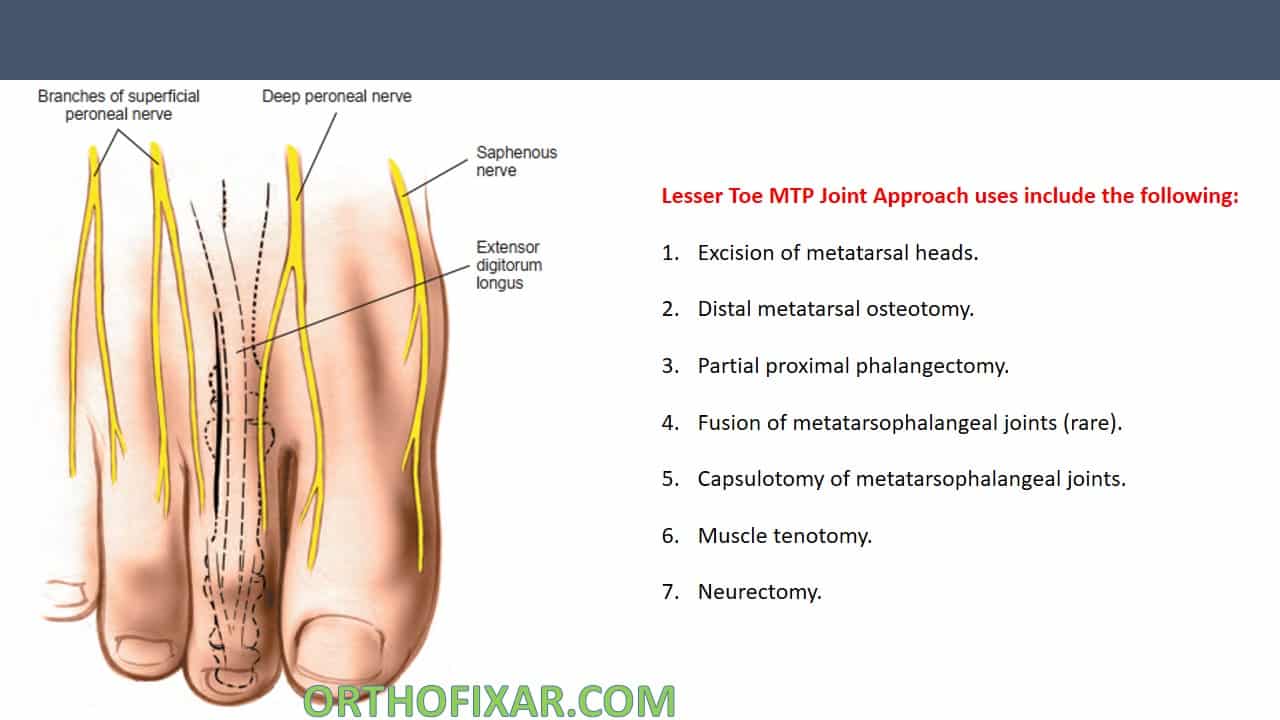 Lesser Toe MTP Joint Approach which exposes the metatarsophalangeal joints of the second, third, fourth, and fifth toes, avoids incision of the plantar skin of the foot.

The structures at risk during Lesser Toe MTP Joint Approach include:

The Medial Approach to Calcaneus is mainly used for open reduction and internal fixation of calcaneus fractures.

The Lateral Approach to Calcaneus is mainly used for open reduction and internal fixation of Calcaneal fracture.

Ollier Approach to the Tarsus

The Ollier approach is excellent for a triple arthrodesis. The three joints are exposed through a small opening…

U Approach to Calcaneus

U Approach to Calcaneus is used for open reduction and internal fixation of Calcaneus fracture.