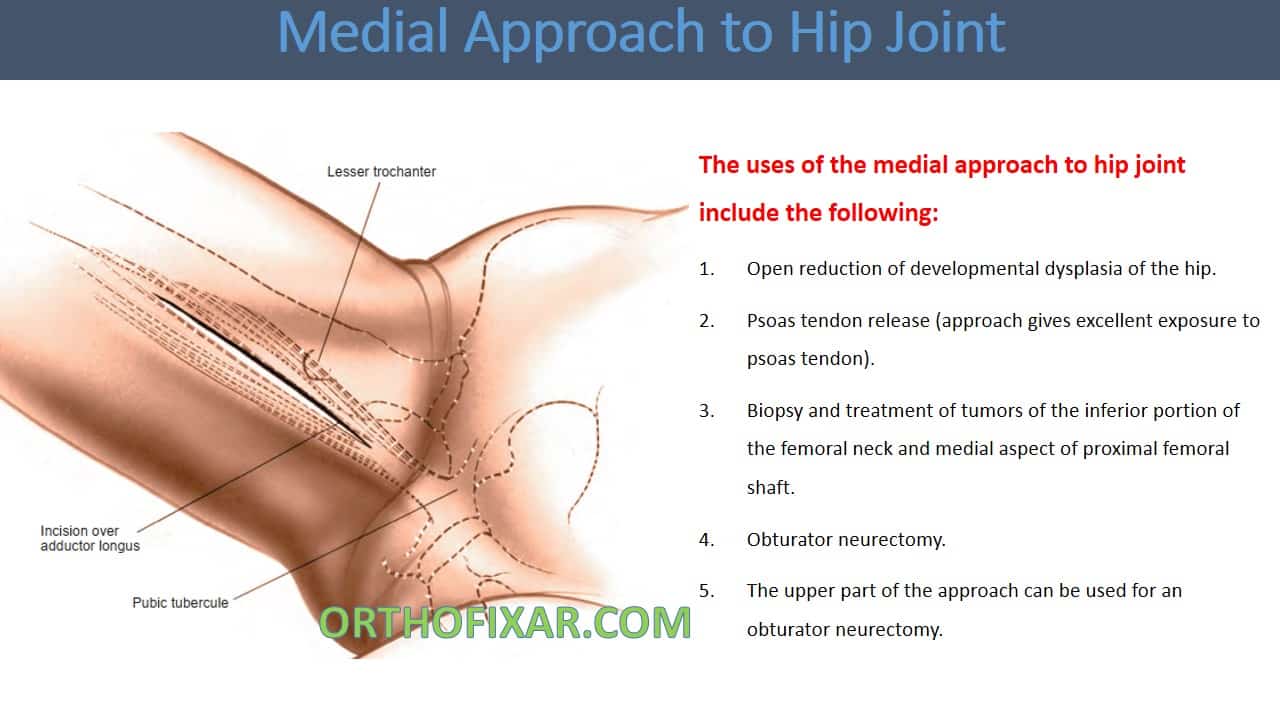 The medial approach to hip, attributed to Ludloff, was originally designed for surgery on flexed, abducted, and externally rotated hips, the kinds of deformities caused by certain types of congenital dislocation of the hip.

The uses of the medial approach to hip joint include the following:

The structures at risk during medial approach to hip joint  include:

The adductor compartment of the thigh consists of three layers of muscles, with the two divisions of the obturator nerve running between each pair of layers.

The adductor longus is the only muscle of the adductor group that is easily palpable at its tendinous origin. Its structure is considered in detail in the superficial surgical dissection.