De Quervain Tenosynovitis is a stenosing tenosynovitis of the abductor pollicis longus and extensor pollicis brevis tendons at the 1st dorsal compartment of the wrist. It was first described by Fritz de Quervain in 1895.… Read More

The hammer toe deformity is one of the most common deformity of lesser toes of the foot. It’s used to describe an abnormal flexion posture of the proximal interphalangeal joint of one of the lesser… Read More

Fracture healing is a series of events that is triggered from the moment of trauma that caused the fracture to the time of bone remodeling. Blood supply (bone blood flow) is the most important factor… Read More

Sacral Fracture is usually a mistreated fracture that results from high energy trauma in young patient, it’s commonly associated with pelvic ring fractures in about (30-45 %). It also may be associated with neurological complications… Read More

Slipped Capital Femoral Epiphysis is a disorder of proximal femoral epiphysis where there is a slippage of the epiphysis relative to the femoral neck. It’s caused by weakness of perichondrial ring and slippage through hypertrophic… Read More


SNAC and SLAC of the wrist

Developmental Dysplasia of the Hip (DDH)

Osteonecrosis of the Hip

Hallux Valgus is not a single disorder, but it’s a complex deformity. It is defined as lateral deviation… 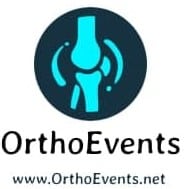 The anterolateral approach to ankle joint is used to open reduction and internal fixation of pilon fractures, open…

The Anteromedial Approach to Ankle Joint is used for open reduction and internal fixation of medial malleolus fractures,…

The anterior approach to Ankle Joint provides excellent exposure of the ankle joint for arthrodesis.

Approach to the Fibula

The approach to the fibula employs a classic extensile exposure and offers access to all parts of the fibula.

Posterolateral Approach to the Tibia

The posterior approach to knee joint is neurovascular approach primarily. It's rarely is needed by orthopedic surgeon because the…

Yeoman Test is a special test used to assess sacroiliac joint pain. It's performed in prone position with…

Derbolowsky test is a clinical test used to assess a leg length difference: an advancement phenomenon with the…

Standing flexion test is used to assess sacroiliac joint function, the examiner observes the position of both iliac…

Three-Phase Hyperextension Test (or Mennell sign) is used to differentiate whether the pathology is in the lumbar spine,…

Springing Test is used for localization of functional impairments in the lumbar spine, it's also used to examine…