Anterior Drawer Test of the ankle 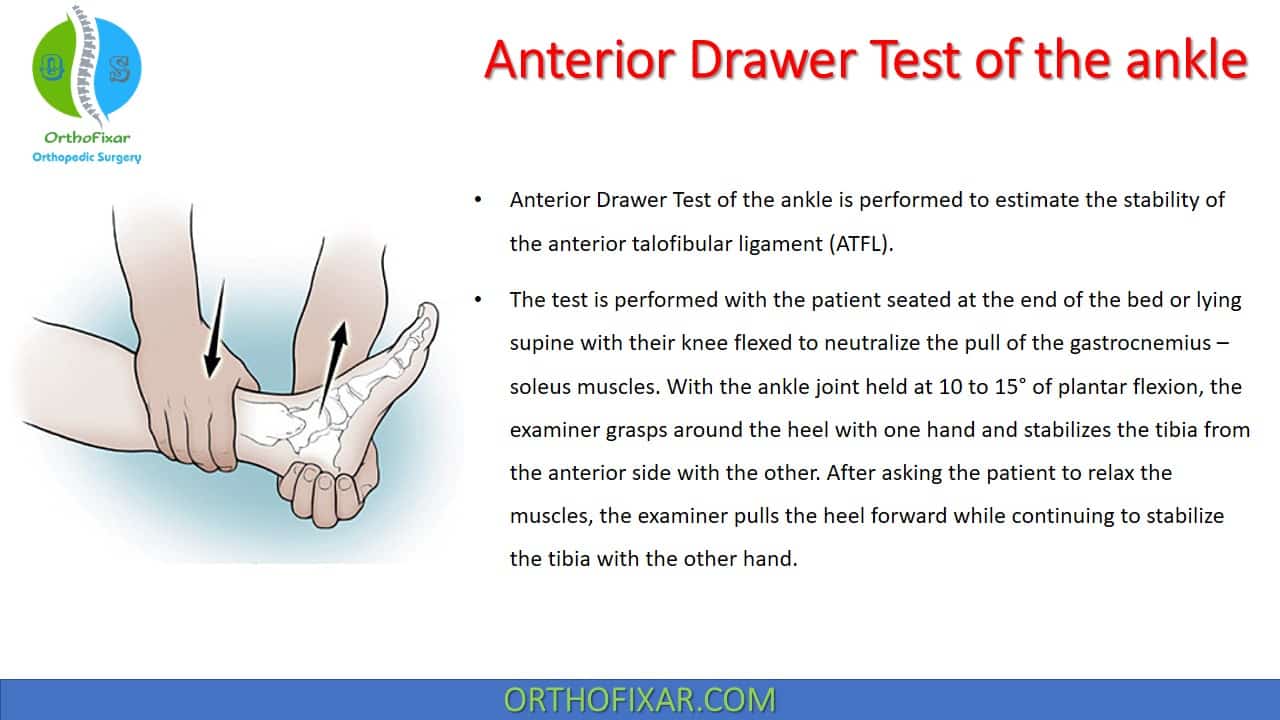 What is Anterior Drawer Test of the ankle?

Anterior Drawer Test of the ankle is performed to estimate the stability of the anterior talofibular ligament (ATFL).

How do you perform an anterior drawer test of the ankle?

What does a positive Anterior Drawer Test of the ankle mean?

However, it may provide useful information when used in side-to-side ankle comparisons and in conjunction with other physical exam procedures, such as palpation.

The ATFL can be palpated two to three finger-breadths anteroinferior to the lateral malleolus. This is usually the area of most extreme tenderness following an inversion sprain. The anterior aspect of the distal tibiofibular syndesmosis may also be tender following this type of sprain.

Van Dijk et al. 2 reported that when the combination of pain on lateral ligament palpation, hematoma formation of the lateral ankle, and a positive anterior drawer test were used a lateral ligament lesion was correctly diagnosed in 95% of cases.

The squeeze test is also known as the fibular compression test. It is used alongside with the ankle…

Homans Sign is a screening test used to check for deep vein thrombosis of the calf. It's sometimes…