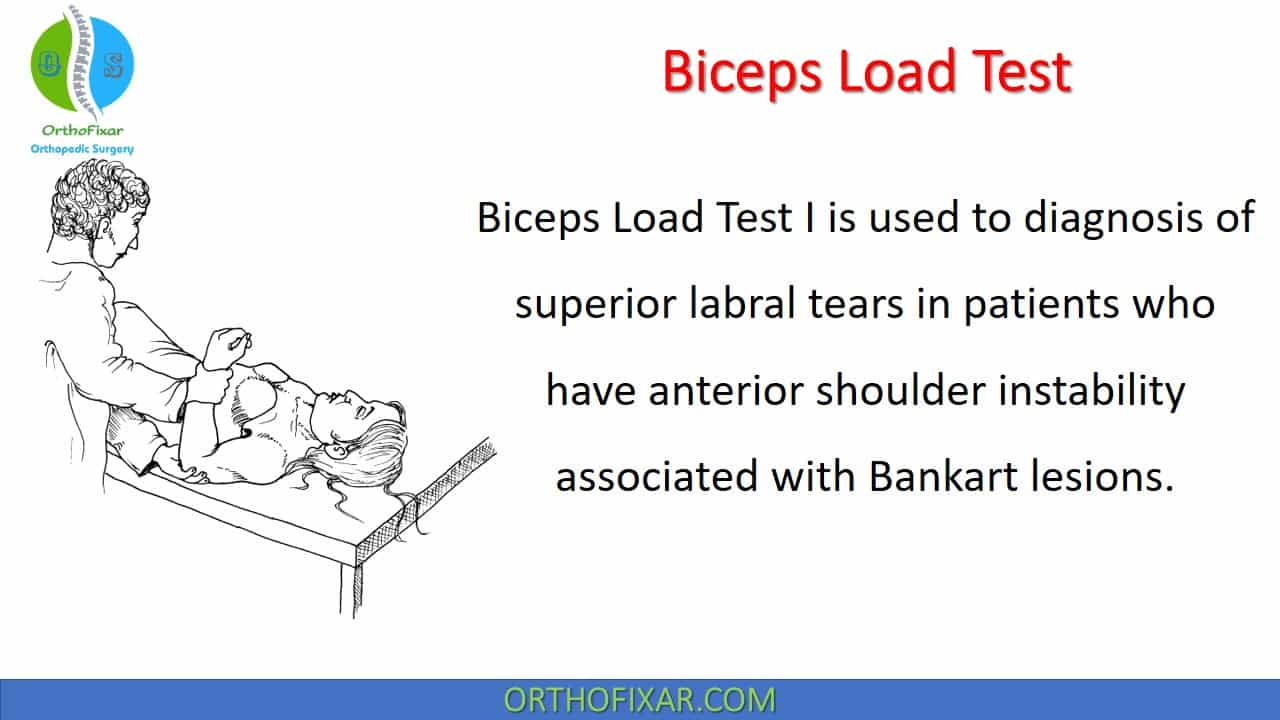 What does Biceps Load Test I used for?

Biceps Load Test I is used to diagnosis of superior labral tears in patients who have anterior shoulder instability associated with Bankart lesions.

How do you Perform the Biceps Load Test I?

What does a positive Biceps Load Test I mean?

The biceps load test revealed a sensitivity and a specificity as following:

The patient is supine with the arm abducted to 120°. The arm is externally rotated to its maximal extent, the elbow flexed at 90° and the forearm supinated. The patient is then asked to flex the elbow further, trying to bring the hand to the head against the resistance of the examiner’s hand.

There is suspicion of a SLAP lesion if the test triggers pain deep in the joint or along the joint line.

Habermeyer Supine Flexion Resistance Test is used to evaluate pathology in the area of the upper labrum biceps tendon complex.

The patient lies supine and elevates the arms maximally over the head so they rest on the examination table with the palms upward. The examiner stands alongside the patient on the side of the shoulder to be examined and holds the patient’s arm just below the elbow. The patient is asked to raise the arm up from this position against the resistance of the examiner’s hand.

One must assume that a SLAP lesion is present if the patient reports pain deep in the shoulder joint or along the posterior joint line from the strain from the flexion (throwing movement) against resistance.