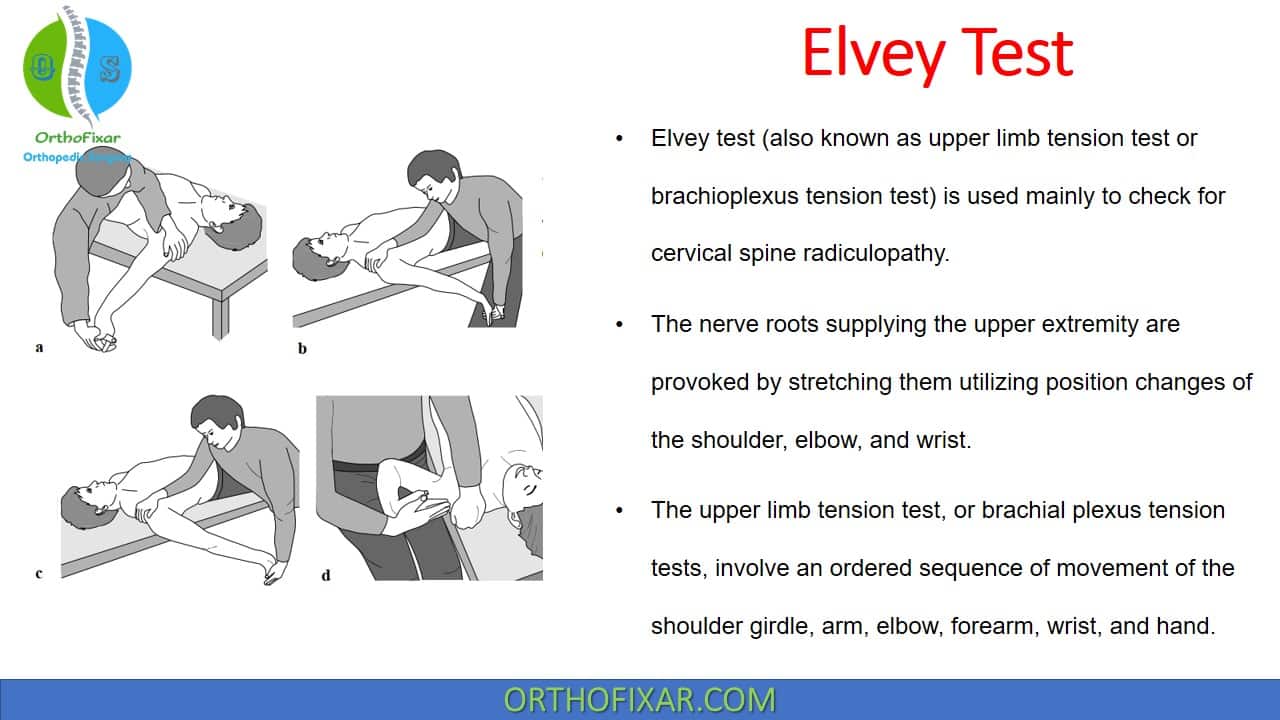 What is Elvey Test?

The nerve roots supplying the upper extremity are provoked by stretching them utilizing position changes of the shoulder, elbow, and wrist.

The tests as described by Elvey are divided into four examination segments:

Several studies have shown that the longitudinal motion of the median nerve is affected by motion of the fingers and wrist, with digital flexion resulting in a proximal slide into the forearm, and wrist and finger extension both producing a distal slide of the nerve toward the hand. Hyperextension of the wrist has been shown to cause the median nerve to slide 10–15 mm distally relative to a fixed bony landmark in the carpal tunnel whereas flexion of the wrist and fingers moves the nerve 4 mm proximally.

What does a positive Elvey Test mean?

A systematic review 1 of the diagnostic accuracy of provocative tests of the neck for diagnosing cervical radiculopathy found that the upper limb tension test (ULTT) demonstrated high sensitivity and low specificity ranging from: