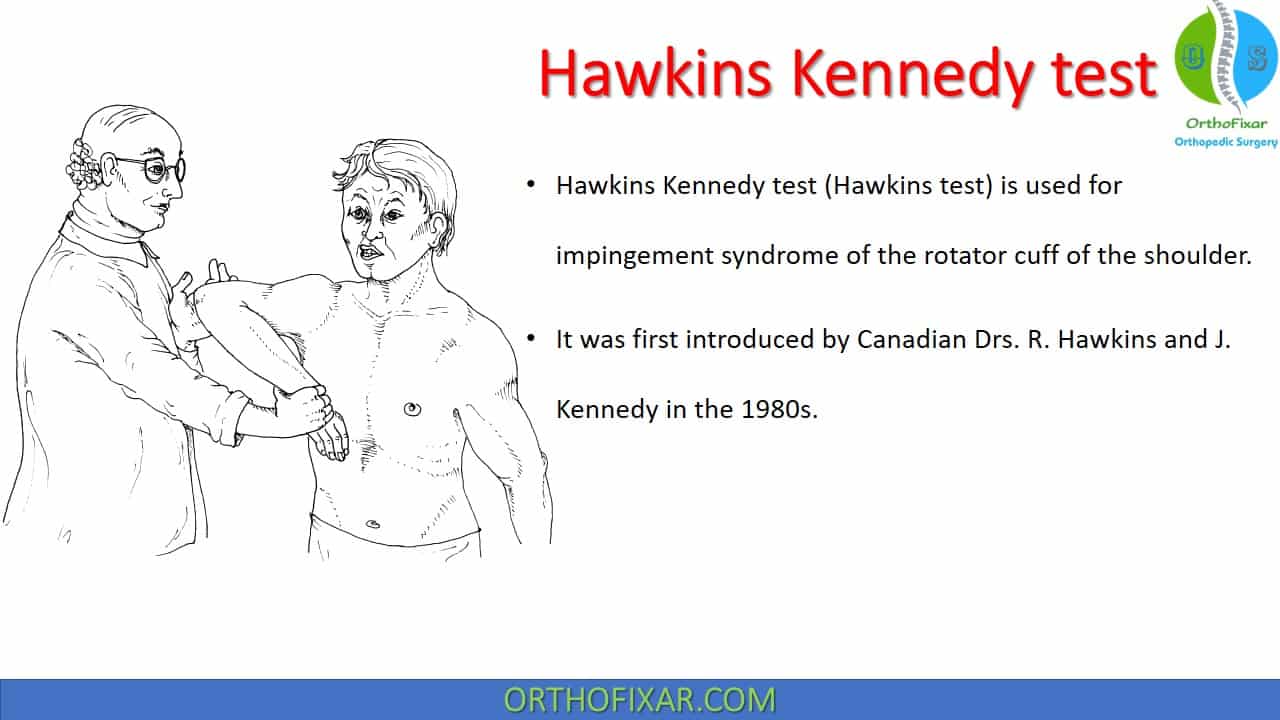 What is Hawkins Kennedy test?

Hawkins Kennedy test (Hawkins test) is used for impingement syndrome of the rotator cuff of the shoulder, it was first introduced by Canadian Drs. R. Hawkins and J. Kennedy in the 1980s.

How do you perform the Hawkins test?

What does a positive Hawkins Kennedy test mean?

A systematic review with meta-analysis of individual tests by Eric J Hegedus 1 found that the Hawkins test has the following accuracy:

Another systematic review and meta-analysis study by Sigmund Gismervik 2 found that Hawkins Kennedy test has a Sensitivity of 58 %, and a Specificity of 67 %.

McDonald et al.3 assessed the diagnostic accuracy of the Neer and Hawkins test for the diagnosis of subacromial bursitis or rotator cuff pathology in 85 consecutive patients undergoing shoulder arthroscopy by a single surgeon.

The Neer sign was found to have a sensitivity of 75% for the appearance suggestive of subacromial bursitis; this compared with 92% for the Hawkins test. For rotator cuff tearing, the sensitivity of the Neer sign was 85% and that of the Hawkins sign was 88%. Specificity and positive predictive values for the two tests were low, being not much higher than pretest probability. The two tests had a high negative predictive value (96% for bursitis, 90% for rotator cuff tearing) when they were combined.

The development of impingement is thought to be due to intrinsic and extrinsic factors.

Extrinsic factors that may cause impingement include: