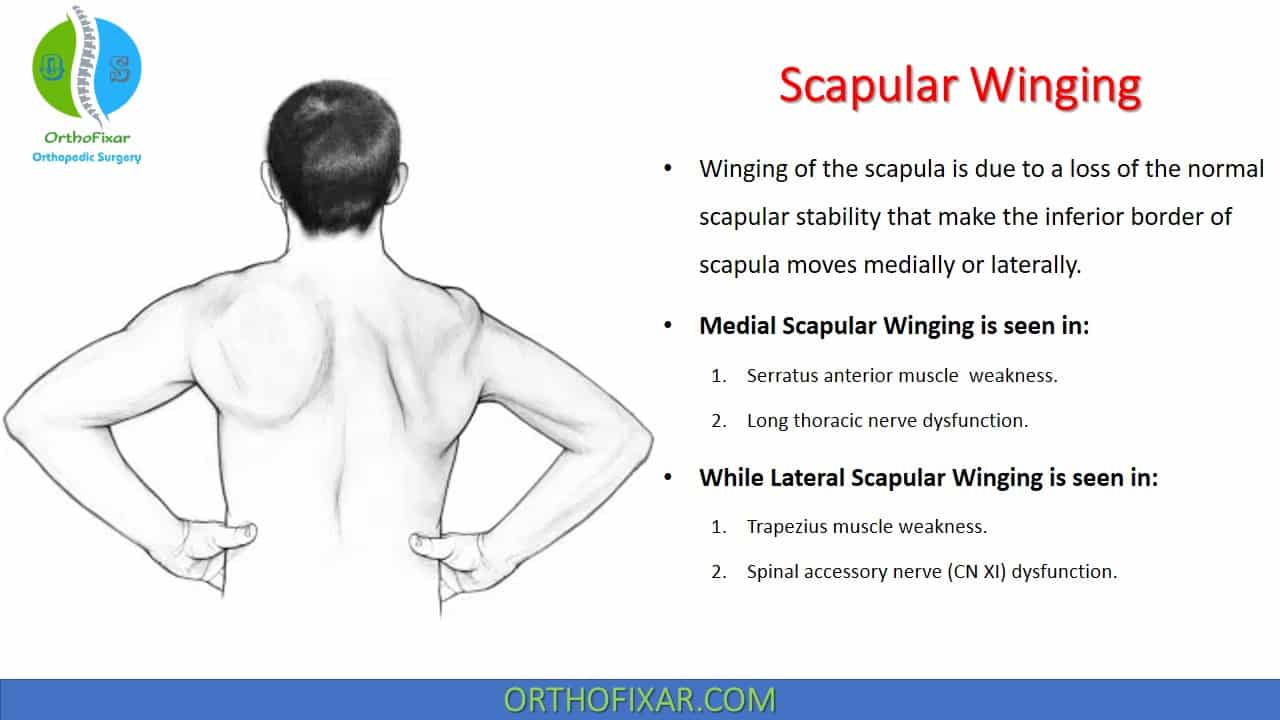 What is Scapular Winging?

Scapular Winging is a clinical syndrome that is caused by a loss of the normal scapular stability that make the inferior border of scapula moves medially or laterally.

Medial Scapular Winging is seen in:

While Lateral Scapular Winging is seen in:

The Long thoracic nerve can get directly injured during thoracic surgery (first rib resection, introduction of chest drain etc.) or in case of direct trauma of the chest wall. Indirect injury can happen when the arm is overstretched in elevation. When there is no injury in the history, virus infection may be the reason of the nerve lesion

How would you test for winging of scapula?

What does a positive Scapular Winging Test mean?

This muscle traditionally is divided into middle, upper, and lower parts, according to anatomy and function:

This syndrome is characterized by an inability to elevate and/ or lower the arm without the scapula winging or its inferior angle tilting. This syndrome results from a weakness and adaptive shortness of the serratus anterior, with accompanying shortness of the pectoralis minor and scapulohumeral muscles.

Intervention should focus on stretching the pectoralis minor to correct the tilting and serratus anterior for strengthening and retraining.

Internal Rotation Lag Sign is used to test The integrity of the subscapularis tendon.