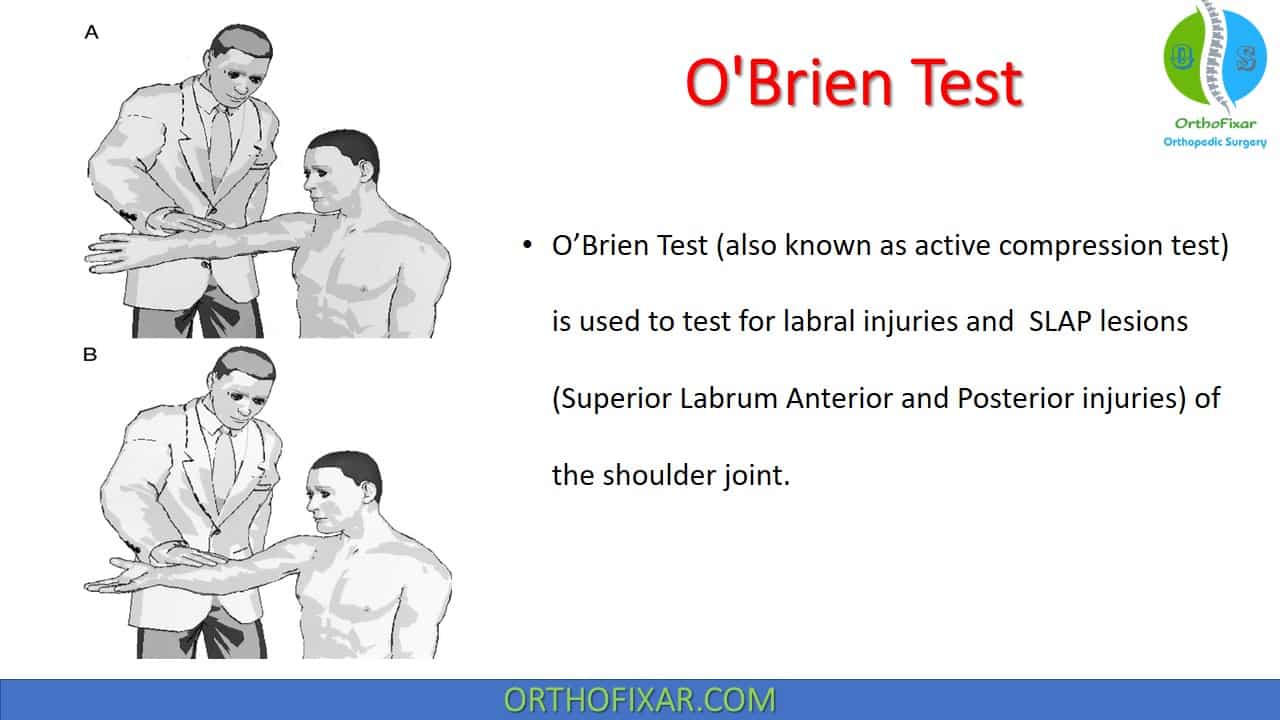 What is O’Brien Test?

What does a positive O’Brien Test mean?

A study by J. Matthew Owen 2 shows that O’Brien test has a high Sensitivity and Specificity for detecting a SLAP tear, as following:

It also suggests that the O’Briens test has a high sensitivity (83%) and highly predictive (90%) of posterior labral injury.

Another study by William B Stetson 3 found that the O’Brien and Crank tests were not sensitive clinical indicators for detecting glenoid labral tears and other tears of the anterior and posterior labrum (O’Brien test has a Sensitivity of 54 %, and Specificity of 31 %).

SLAP lesion (Superior Labrum Anterior and Posterior injuries) can results from compressive loading of the shoulder in the flexed abducted position (for example, in a fall on the outstretched hand). The injury of the superior labrum begins posteriorly and extends anteriorly, stopping before or at the mid-glenoid notch and including the ‘anchor’ of the biceps tendon to the labrum.

There are four main types described:

Very few patients with SLAP lesion injuries return to full capability without surgical intervention. Arthroscopic repair of an isolated superior labral lesion is successful in the large majority (91%) of patients. However, the results in patients who participate in overhead sports are not as satisfactory as those in patients who are not involved in overhead sports. Simple lesions are simply debrided. In more significant detachments the labrum is either repaired or excised with a tenotomy or tenodesis of the biceps.

Speed Test of the Shoulder

Yergason Sign is a functional test of the long head of the biceps tendon disorders.