Contents ➖
1 What is Ortolani Test?
2 How do you perform the Ortolani test?
3 What does a positive Ortolani Test mean?
4 Sensitivity & Specificity
5 Telescope Sign
6 Notes
7 Reference 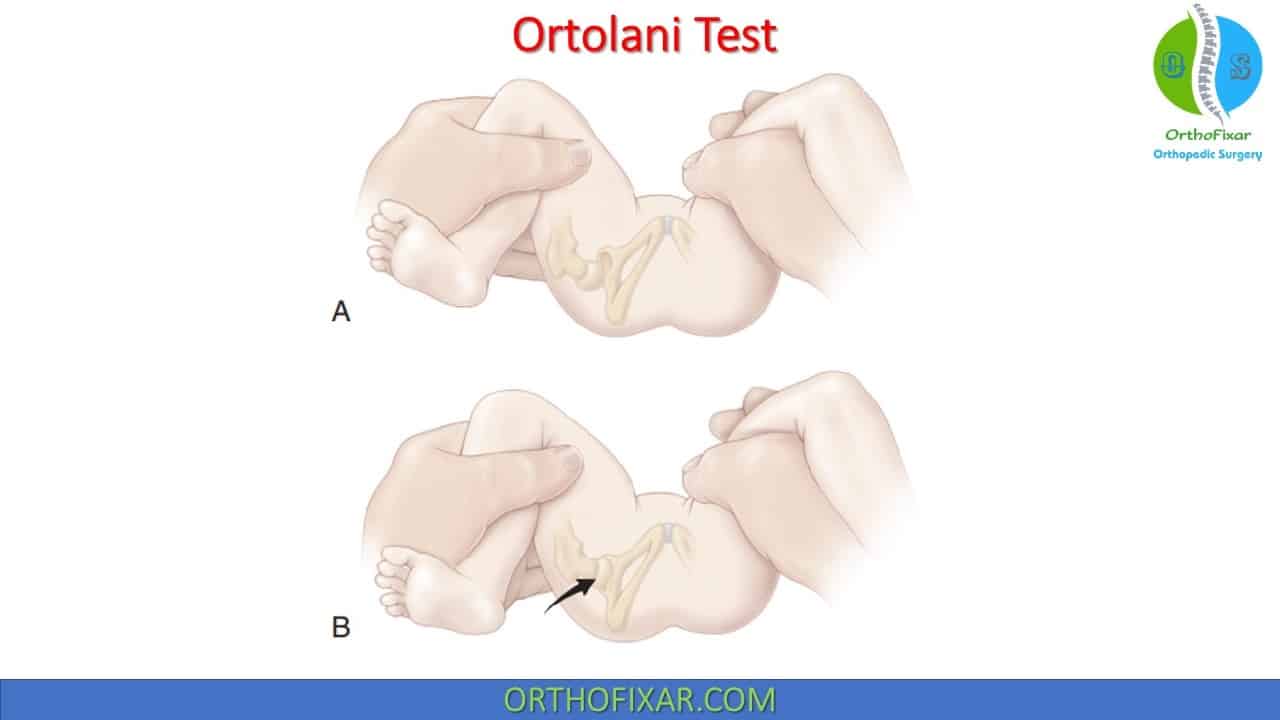 What is Ortolani Test?

Ortolani Test is used in Developmental dysplasia of the hip in newborn. It is performed to determine whether the hip is dislocatable (i.e., whether the femoral head can be pushed out of the acetabulum on examination).

How do you perform the Ortolani test?

When pressure on the leg is released, the femoral head will dislocate again. If the hip is dislocated, physical findings may include limited abduction (normal abduction is approximately 90 degrees), asymmetric thigh folds (excess on the affected side), and shortening of the leg compared with the opposite side.

What does a positive Ortolani Test mean?

A study by AR Sulaiman 1 found that the incidence of positive Barlow and Ortolani tests among breech babies was 2.8%, the sensitivity & specificity of these two tests were as following:

Telescope Sign is another test for congenital hip dislocation.

The examiner grasps the affected leg with one hand and passively flexes the hip and knee. The other hand rests posterolateral to the hip. The examiner palpates the greater trochanter with the thumb of this hand and the motion of the femoral head with the index finger. The hand guiding the leg alternately applies axial compression and traction to the femur.

In a hip dislocation, the leg will appear to shorten or lengthen. The palpating hand follows the motion of the greater trochanter and fem oral head into the dislocated position and back to reduction.

The clinical presentation of congenital dysplasia of the hip varies according to the age of the child:

Patrick Test assist in diagnosis of pathologies at the hip, lumbar and sacroiliac joint. It is also known…