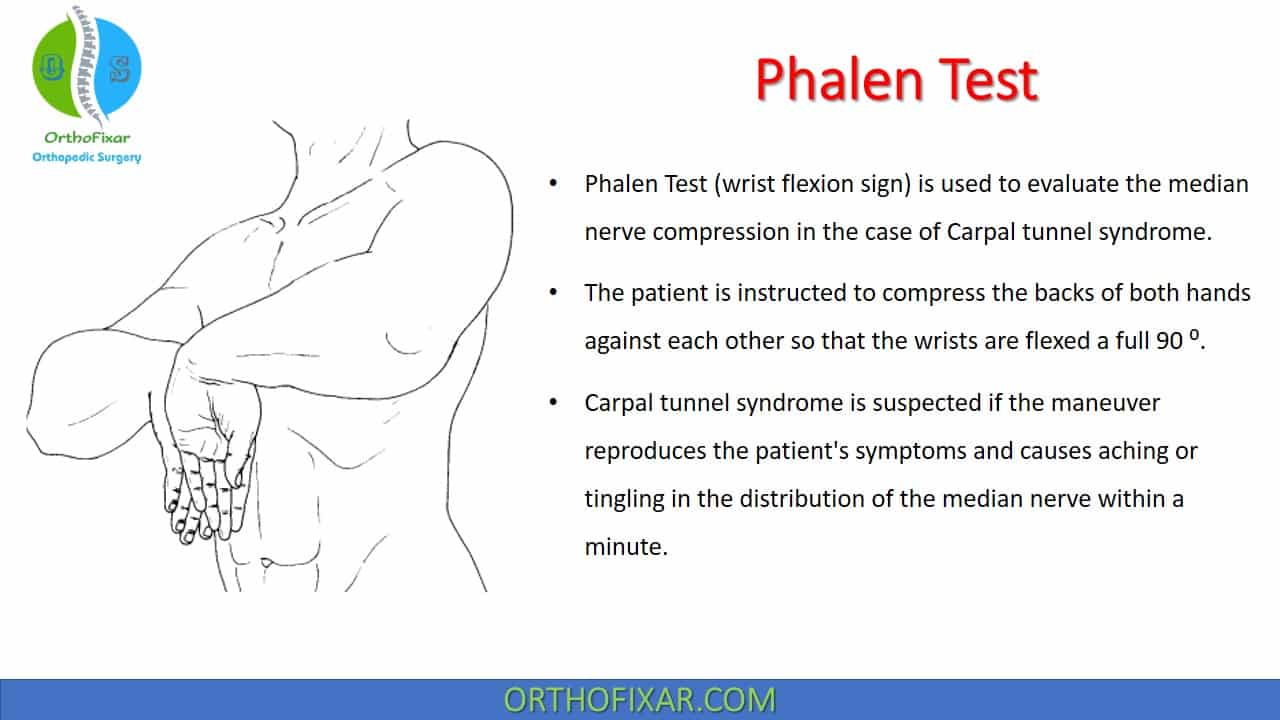 What is Phalen Test?

Phalen Test (wrist flexion sign) is used to evaluate the median nerve compression in the case of Carpal tunnel syndrome.

It was first described by George S. Phalen, an American orthopedist.

How do you perform Phalen test?

What does a positive Phalen Test mean?

What is a Reverse Phalen Test?

A reverse Phalen test (Prayer test) is also used to evaluate the median nerve compression in the case of Carpal tunnel syndrome.

The original Phalen test has demonstrated a a high sensitivity and a moderate specificity making it moderately acceptable for use in clinical practice:1

While in Reverse Phalen Test, a study by de Krom and colleagues2 found the test to have a sensitivity of 41 % and a specificity of 55 %

Carpal tunnel syndrome is a cause of chronic wrist pain and functional impairment of the hand. It results from an ischemic compression of the median nerve at the wrist as it passes through the carpal tunnel.

Compression of the nerve in the carpal tunnel is compounded by an increase in synovial fluid pressure and tendon tension, which decreases the available volume.

The compression of the median nerve may result from a wide variety of factors that compromise the tunnel space such as:

Carpal tunnel syndrome is the most common compression neuropathy, with a prevalence of 9.2 % in women and 0.6 % in men.

The initial characteristic features of Carpal tunnel syndrome include intermittent pain and paresthesias in the median nerve distribution of the hand which progressively become more persistent as the condition progresses.