Posterior Drawer Test of the Knee 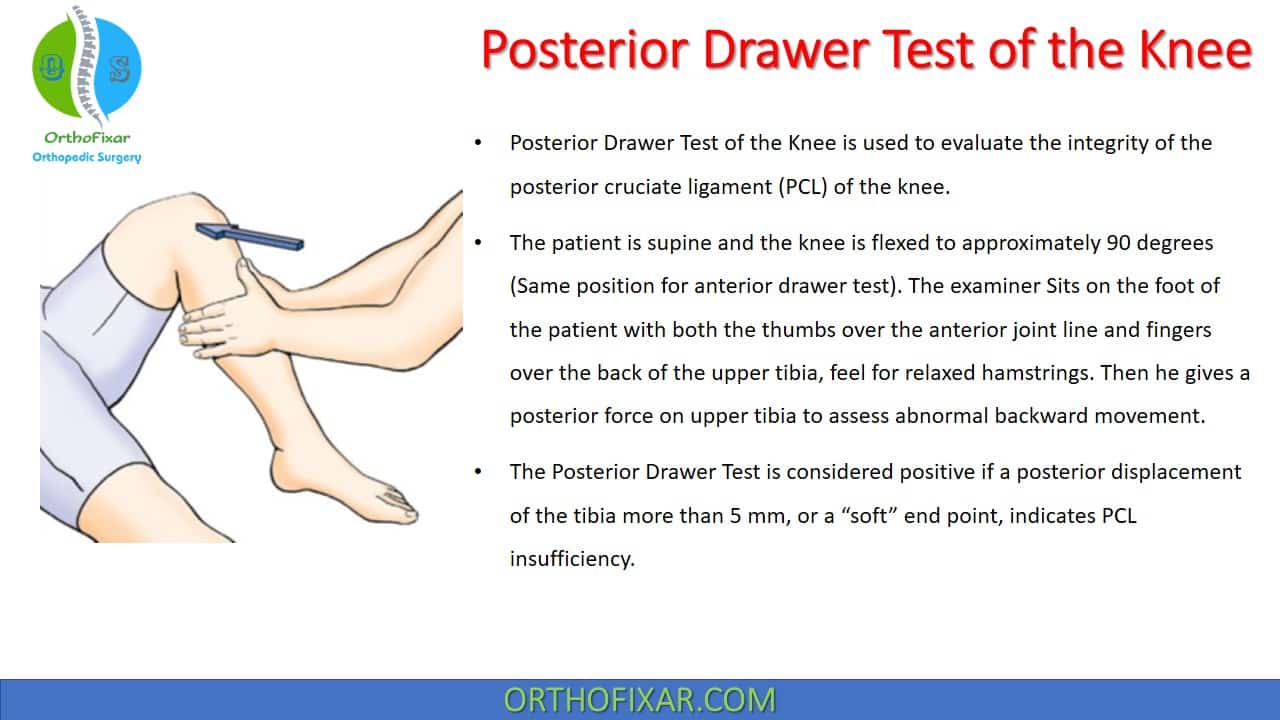 What is the posterior drawer test used for?

Posterior Drawer Test of the Knee is used to evaluate the integrity of the posterior cruciate ligament (PCL) of the knee.

It’s a test for PCL injury.

How do you test for PCL injury?

What does a positive Posterior Drawer Test of the Knee mean?

In a blinded, randomized, and controlled study1 involving 39 patients to assess the clinical examination skills of orthopaedic surgeons with fellowship training in sports medicine, Rubinstein et al. reported that the accuracy for detecting a PCL tear was 96%, with a 90% sensitivity and a 99% specificity.

The examination accuracy was higher for grades II and III posterior laxity than for grade I laxity. Eighty-one percent of the time, the examiners agreed on the grade of the PCL tear for any given patient.

This most commonly results from a direct bow to the upper tibia in a flexed knee-dashboard injury or hyperflexion without a blow or in frank dislocation.

Loss of confidence in the knee and giving way feeling may be present.

Thessaly test is used to detect lateral or medial meniscal tears / lesions of the knee joint. It is based…

McMurray test is used to evaluate the injury of the lateral and medial meniscus of the knee joint.…