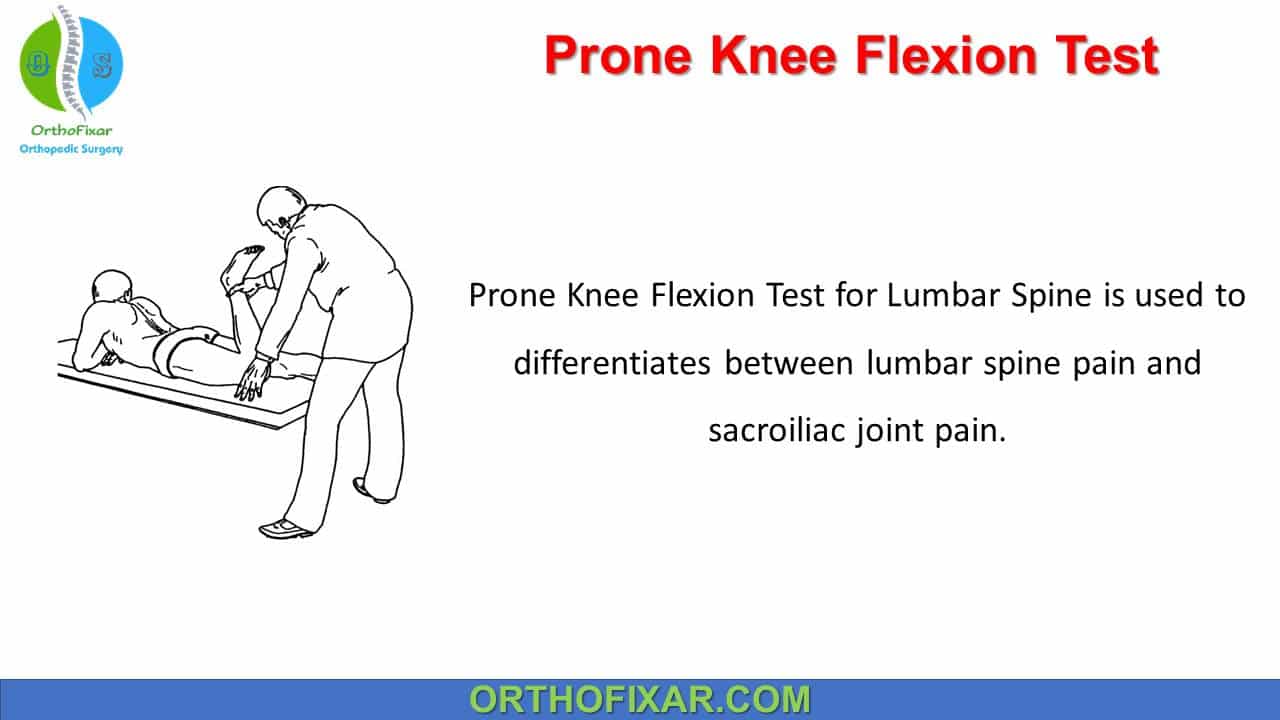 What is Prone Knee Flexion Test for Lumbar Spine?

How do you do the Prone Knee Flexion Test?

What does a positive Prone Knee Flexion Test mean?

Cibulka and colleagues examined 219 patients with and without low back and sacroiliac joint mediated pain to examine the sensitivity, the specificity, and the positive and negative predictive values of four commonly used SIJ tests: the standing flexion test, PSIS palpation while seated, the long sitting test, and the prone knee flexion test. SIJ dysfunction was considered positive if at least three of the four tests were positive.

However, because the individual test results were not documented, no conclusion can be made about isolated validity.