Speed Test of the Shoulder

Contents ➖
1 What is Speed Test?
2 How do you do the Speed Test of the Shoulder?
3 What does a positive Speed Test mean?
4 Sensitivity & Specificity
5 Reference 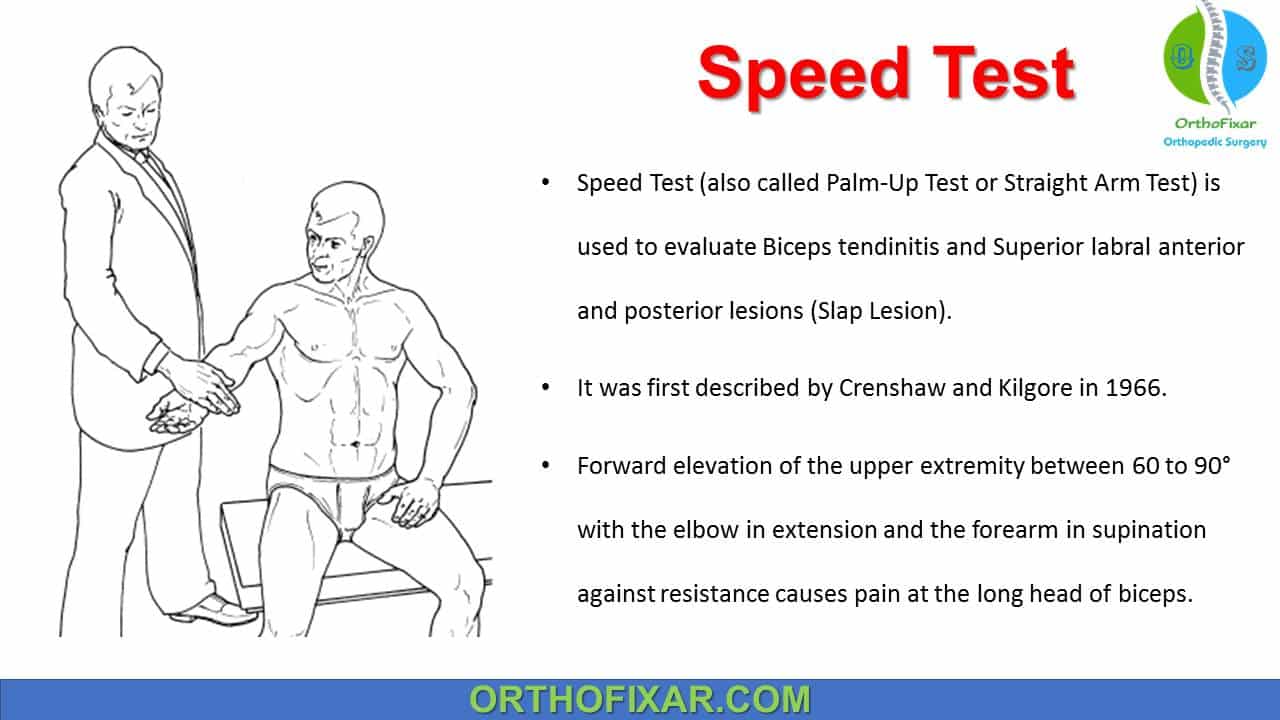 What is Speed Test?

It was first described by Crenshaw and Kilgore in 1966.

How do you do the Speed Test of the Shoulder?

What does a positive Speed Test mean?

In an arthroscopic analysis that included biceps tendinitis and superior labral anterior and posterior lesions (Slap Lesion) as positive findings, Bennett found that the Speed test had a sensitivity and Specificity as following 1:

In a number of studies, the sensitivity of the Speed’s test in biceps tendon disorders was found to be higher than that of the Yergason’s test.

Because Speed’s test has been shown to be highly sensitive but not specific to biceps pathology, it should be used as an aid in the evaluation of a bicipital lesion but not as diagnostic of such a lesion.

The Load and Shift test is used to test for Anterior Instability of the shoulder.

Posterior Stress Test (or Posterior Apprehension sign) of the shoulder is used to test for Posterior Instability.