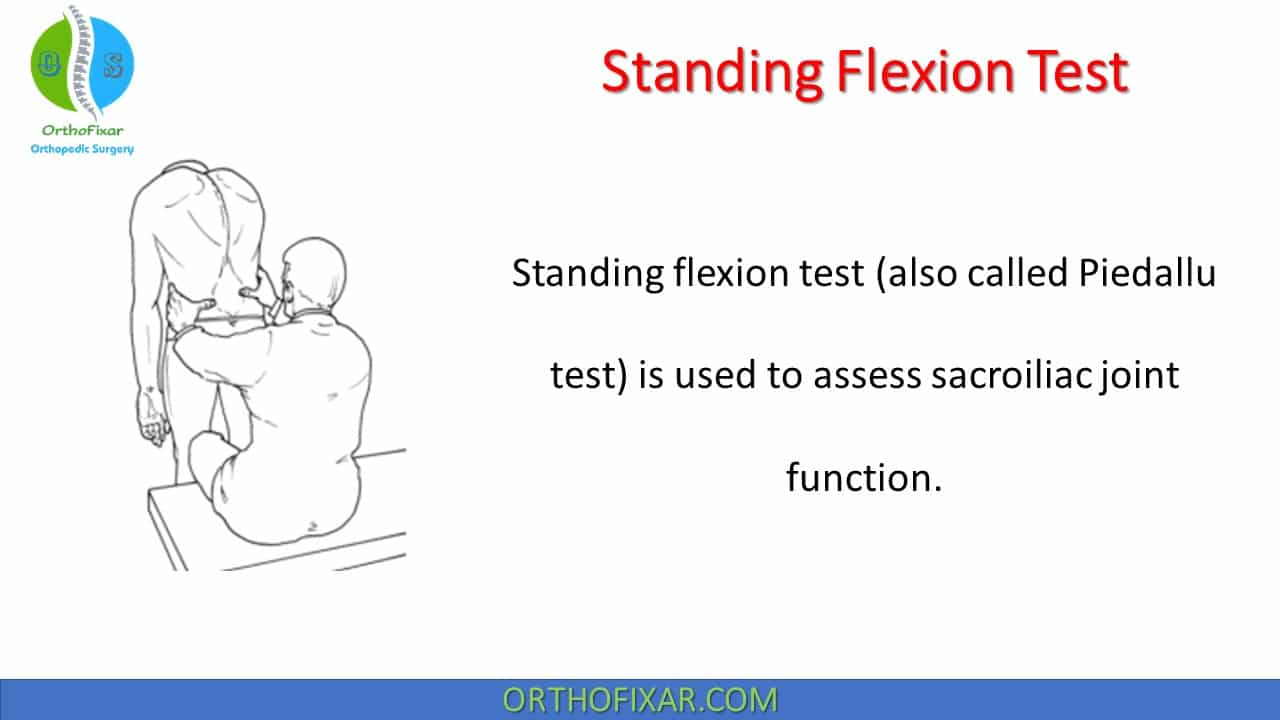 What is Standing Flexion Test?

How do you do the Standing Flexion Test?

What does a positive Standing Flexion Test mean?

The sensitivity and specificity of the standing flexion were poor. 1

Seated Flexion Test is purported by osteopaths to help distinguish between a SI lesion and an iliosacral lesion when compared with the results of the standing flexion test.

The patient sits on a hard surface with the legs over the end of the table and feet supported. In this position, innominate motion is severely abbreviated, because sitting places the innominates near the end of their extension range. The test is performed as follows. Each PSIS (posterior superior iliac spine) is palpated with the thumb placed under it inferiorly (caudally). The patient then bends forward at the waist.

Provided there is no impairment in the SIJ or the lower lumbar spine, as the patient bends forward, both thumbs should move superiorly (cranially). If the joint is blocked, it moves superiorly further in relation to the other side.

A similar test, referred to as the sitting bend over test or sitting forward flexion test, is performed in the same manner except the patient is seated on a soft surface

This examination has been shown to lack reliability, have poor sensitivity, and have low specificity as a result a low false positive rate.

A study by Levangie determined the sensitivity to be 9%, the specificity to be 93%.

Springing Test is used for localization of functional impairments in the lumbar spine, it's also used to examine…