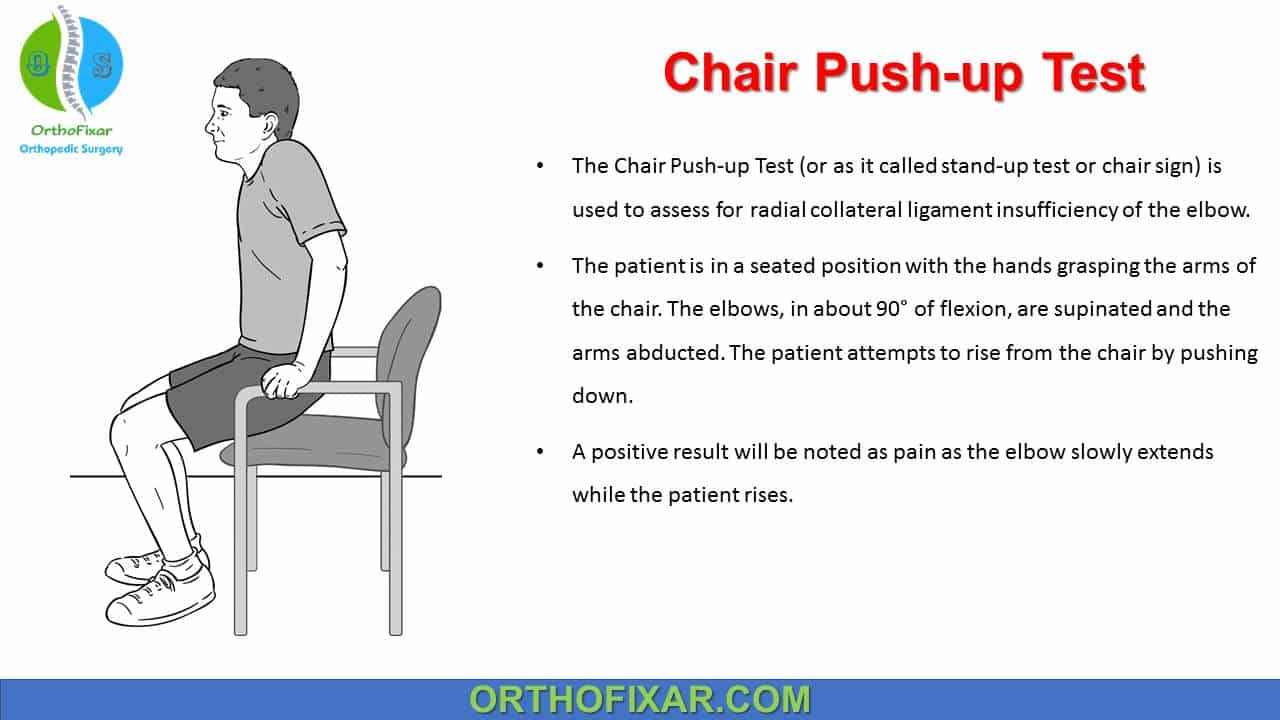 What is The Chair Push-up Test?

The Chair Push-up Test (or as it called stand-up test or chair sign) is used to assess for radial collateral ligament insufficiency of the elbow.

What does a positive Chair Push-up Test mean?

Regan and Lapner1 reviewed the prone push-up and chair push-up test and demonstrated 87.5% sensitivity in individual test use and 100% sensitivity when both tests are used together

LUCL originates on posterior lateral epicondyle and inserts on crista supinatoris of proximal ulna, it is the primary restraint to varus and externalrotational stress throughout elbow motion