Contents ➖
1 What is Tinel Test?
2 How it’s Performed?
3 What does a positive Tinel Test mean?
4 Sensitivity & Specificity
5 Notes
6 Reference 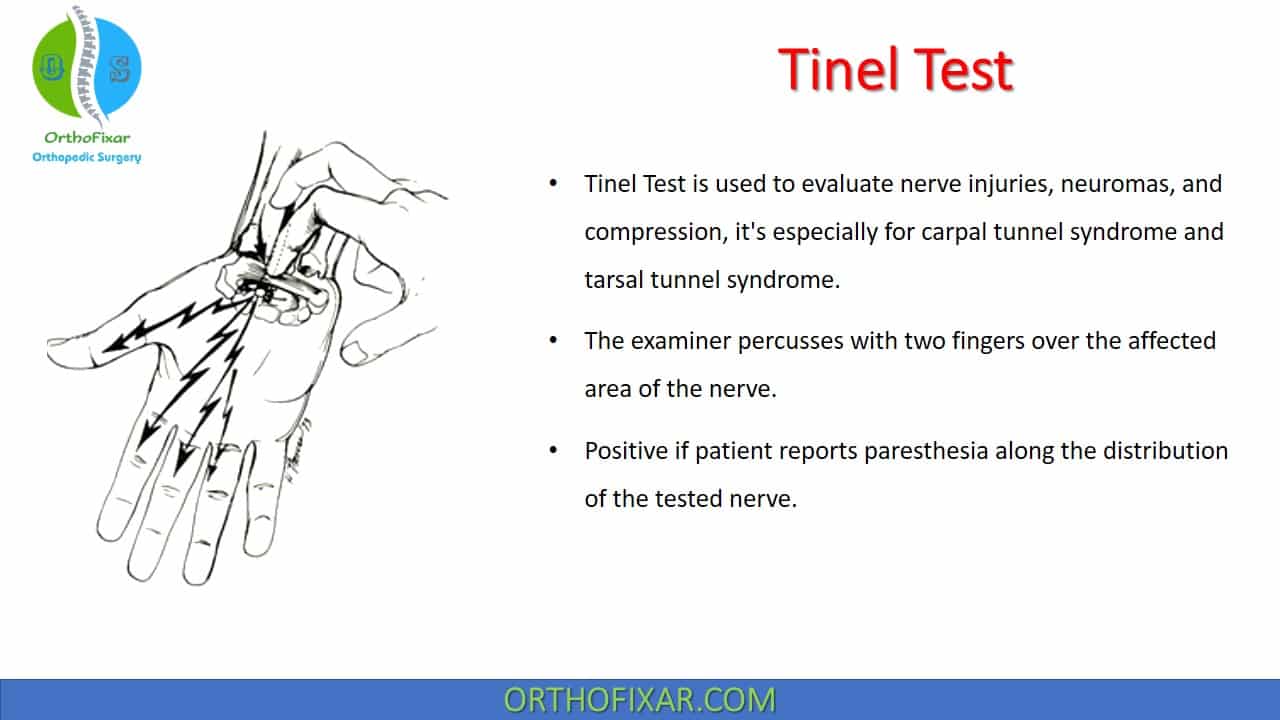 What is Tinel Test?

What does a positive Tinel Test mean?

Variations exist between studies on the location and number of taps necessary to elicit a positive response, and in some studies the test is performed by tapping the median nerve in 20 degrees of wrist extension, while others tap along the path of the median nerve up to where the median nerve enters the carpal tunnel.

The Lichtman test is a provocative test for midcarpal instability. It was described by David M Lichtman1.