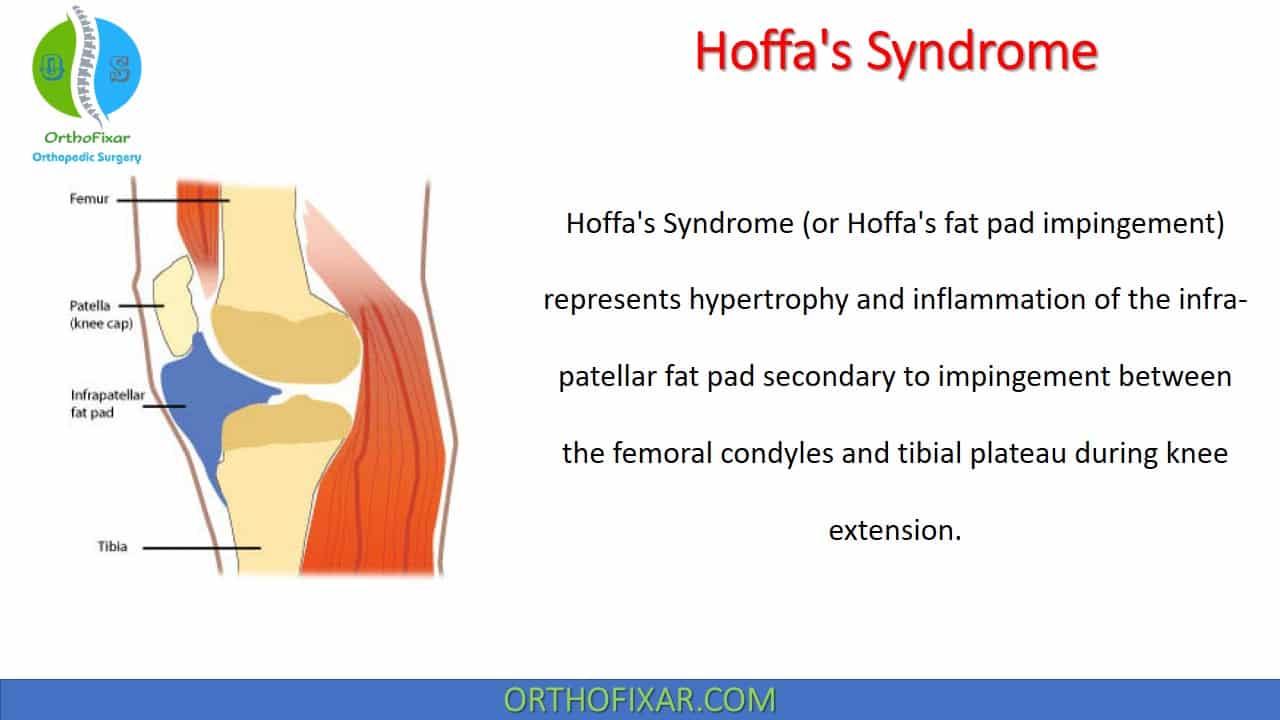 Hoffa’s Syndrome (or Hoffa’s fat pad impingement) represents hypertrophy and inflammation of the infra-patellar fat pad secondary to impingement between the femoral condyles and tibial plateau during knee extension.

This syndrome was first described by Hoffa in 1904.

There are three fat pads located at the anterior knee:

The functions of the fat pads include the following:

Symptoms include anterior knee pain that is inferior to the pole of the patella. Pain is exacerbated by knee extension,
particularly hyperextension, but not by knee flexion.

Inspection may reveal inferior patellar edema and associated tenderness of the fat pad when palpated through the tendon.

In chronic cases, recurrent hydrarthrosis may present, together with joint weakening and subpatellar discomfort.

Direct palpation of the fat pad on either side of the patellar tendon as the knee is brought from flexion into full extension is painful if the fat pad is inflamed.

One must be careful to look for other causes of inflammation, such as OA, before concluding that the fat pad is the primary source of pain.

MRI had high sensitivity in Hoffa’s fat pad, abnormalities findings of the fat pad can be noted on MRI:

Biomechanical interventions include addressing the causes of hyperextension through orthotic interventions, such as heel lifts or taping the superior pole posteriorly and holding the patella in a superior glide with tape.

In recalcitrant cases, surgical resection of portions of the fat pad is indicated (arthroscopic resection).